The Room may now safely be described as one of the best puzzle series on iOS. The latest installment takes everything out from the iPhone or iPad.

The Room Three is another mysterious story with tricky puzzles. This time, you start in a train compartment that you have all to yourself. A dark figure called The Craftsman lures you to an island where you must solve a series of puzzles to unravel a mystery.
It starts quite easy but soon becomes harder and harder. The game, like its predecessors, is divided into chapters and sections. When solving puzzles, a lot is expected from the player; logical thinking, cleverness to work with maths, and you’ll be tested on the use of mechanisms.

Thanks to the use of multitouch, a new way to play is added to The Room Three by the makers. You can try multiple moves to solve a puzzle. Objects can be turned over, you unlock a suitcase by sliding with two locks simultaneously and by pinching, you can also zoom in and out for a better view.
In addition, The Room Three is gorgeous on iOS. This is not only the audio design but also by how it looks. The Room looks more realistic than ever, and the objects are very keen on the retina screen of your iPhone or iPad. It challenges you to look around and try to grab everything.

The chances are that you already have played any of the previous games. If so you know roughly what to expect, but then again a bit better and more beautiful. It is no problem if you’ve never played the game before, an amazing puzzle game awaits you. The Room Three will cost $4.99, and you have no in-app purchases. Older versions are cheaper. 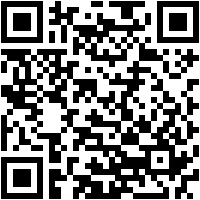