The first Cut the Rope dates back to 2010 and with Magic this week finally a sequel has been released. Is this game just as much fun as the original?

Puzzle with a magical touch

When Cut the Rope was released years ago, the game became a kind of standard for other mobile puzzle games. Over the years several new versions were released, each with its own theme and additions to the gameplay. Now Cut the Rope: Magic is available, a puzzle game that takes the basis of Cut the Rope, but gives a nice twist. Magic is central to the game, which affects both the puzzles as the presentation.

In the game is, of course, again the intention to get the candy into the mouth of the little monster Om Nom. This is easy in the beginning, but gradually the level of difficulty is boosted with new obstacles. In Cut the Rope Magic there are a few new characters there that will help you to complete the puzzles. The trailer below gives an impression of it.

For each level, you can change once from a character, which all have their own strengths. The bird can fly a bit, making sweets which are placed higher still achievable. The fish let you temporarily swim. Since you can switch between characters, you should think properly once doing this. The levels are soon pretty spicy, but also varied in scope. On some levels, you have all the time to think calmly, and then you need to act rapidly to time correctly.

Cut the Rope Magic also got a graphical refreshment. The characters and game worlds look more colorful and playful and sometimes played with nifty effects. A map takes you through the 100 new puzzles, where you have to compete against some tough bosses. It ensures enough variety though the intent is always the same.

Cut the Rope Magic is one of the best puzzle games this year. The game is free to download via the link below. However, various in-app purchases are available to unlock tools. The game works on all devices with Android 4.0 or higher. 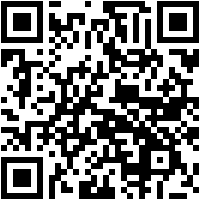