With Face Swap Live you can live swap your face with a person standing next to you, then take videos or photos. It’s a gimmick, but a very nice one.

When pictures of swapped faces were a hit on several popular websites, quickly face swap apps appeared on the market. With these apps, you can add photos after and after that a face change is made. The result is often quite mediocre. Face Swap Live goes a step further by switching two faces live together if you both stand in front of the camera.

The app also features a standard swap function. This allows you to swap Donald Trump’s face with yours or even take a seat as Mona Lisa. The heads move slightly as you move, so there are fun things to do with it in videos and photos. The outcome varies but is generally quite nice. You can also add photos.

But the most fun is the live swap. You have to stand right next to each other, have good light, keep your head straight and not make quick movements, but then you have a good result. It works because if the app has registered two faces, the change is made quickly. It is nothing more than an amusing gimmick but trust us, you are guaranteed to have fun.

Face Swap Live costs $0.99 and can be downloaded from the App Store using the link below. The app requires 89,3MB free space and need to you have a minimum of iOS 8.0 to run the app. 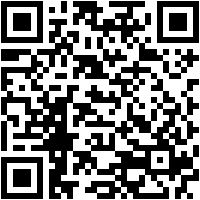