Google has updated the note app Keep for iOS with new features to share messages. The app works now better with Google Docs. Also, there is a new widget for iOS.

Google Keep is a fine note app that is also available for iOS, Android, and Web. The app makes it possible to store notes quickly that will be synced to all kinds of devices. Although several of these kinds of apps exist, Keep shines in simplicity. However, in functionality, the app does not stay behind.

In addition, it is now possible to share your notes with others. For this, the app uses since the latest version, the extension part of iOS, for example, to share a note using a social network. Furthermore, it is now possible to open Keep by a new widget via the message center in the Today view. With these new features, Google embeds Keep clearly deeper into the iOS system.

Google Keep can be downloaded at the App Store by clicking on the link below. The app works on both iPhone and iPad and is 38.7MB. You need at least iOS 8 to run the app. 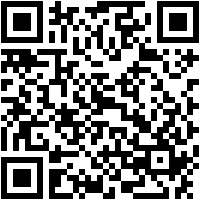