King of Thieves is the latest game from Cut the Rope-maker ZeptoLab. The visual style is recognizable and equally attractive. But the comparison doesn’t go further: King of Thieves is a very different game. It plays much more like a platformer where you control a little thief in small, short levels. The target: steal.

You’ll have to avoid obstacles as you jump up between walls to reach treasure chests. Along the way you cut saws and monsters on your way to the loot. That prison is in fact susceptible to attacks from other players. Your job: defend your dungeon as well as possible with obstacles so that external attacks are becoming increasingly difficult.

You end up as a player with the same task: attack others successfully. King of Thieves has this title for a reason: player with the most difficult dungeon, and most dungeons to deprive from others, is the king. 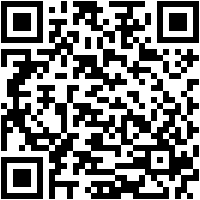