One of the most interesting new games in the App Store this week is Lumino City. This has mainly to do with the appearance because the game has a stop-motion world that is actually built by the makers.

Lumino City is an adventure game in which you must solve different puzzles. The story revolves around Lumi, a young girl that must look for her grandfather. She is on path to find out what happened, and obviously as a player you must help.

To do that, you go through different environments. These are made by the creators of studio State to Play with real materials in the real world, after that the camera was set to make a game of it. You will see cardboard, wood, felt, and other materials which, thanks to stop-motion animation, comes to life. There has been a lot of work, but it pays off because Lumino City looks beautiful.

Even though the games is beautiful, the puzzles are not always interesting. In addition, it is not always clear what you can and can not tap on the screen, so you are sometimes aimlessly walking through the world. Yet the puzzles are never so difficult that you spend hours on them. After solving a puzzle, and talking to the residents of the areas, you can continue on your adventure.
Lumino City appeared on PC but also on iOS it comes into its own. Especially on the iPad it looks gorgeous.

Lumino City is a must for lovers of adventure games that can appreciate how much work and details are placed in the game world. Because the main reason to play is simply to see more of the city. The game currently costs $4.99 on the App Store (and $6.99 in the Mac App Store). You do need a lot of space to install the game, almost 2GB. Lumino City works with iOS 9 or later. 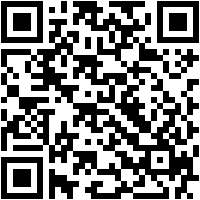