Microsoft has released the Microsoft selfie app in the App Store. The app polishes new and old selfies automatically before sending them in the photo world.

Just before the end of the year, Microsoft releases a selfie app for iOS. It sounds like a joke, but in addition to Microsoft Word, PowerPoint, Excel, and Outlook, now is also available for download Microsoft selfie. The app is unfortunately just as sexy as you’d expect from an average Microsoft app.

In the app, you can choose to create a new selfie, or use a photo from the camera roll on your device. After some bleeps, the app will automatically polish the photo. You get a single slider served to strengthen or weaken the effect. Here you control as the app include noise reduction and exposure. To complete it, you can choose a color filter.

However, the most important part of polishing is what Microsoft calls the “Intelligent Enhancement. The result is mainly because your skin is smoothed and the final result looks somewhat fake. Small wrinkles and pimples disappear like snow in the sun. If the effect is what you seek, then Microsoft selfie is working properly. However, the app feels mostly like a strange New Year joke.

Microsoft selfie is free to download in the App Store. The app requires 56,8MB free space and you need iOS 8 or higher to be able to polish your selfies. 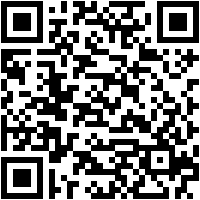