Tiny Rogue is a new game in the App Store that takes you on an adventure through different levels. Take turns you and your opponents moving across a field. Will you make it to the end?

In Tiny Rogue, you get each round a new command, such as “save the princess” or “defeat the Dragon.” It’s your job as a knight to get you through the fields. The will get you deeper and deeper underground until you reach the end goal.

But before you’re ready, you’ll have to go to work tactically in an attractive pixel world. You come to a field where you pass your enemies by swiping. Have you walked your box, then it’s your opponents turn. The monsters in the levels are always coming at you and you can avoid or defeat them. You do that by sweeping in their direction as they stand beside you. The number beside the enemy shows how much life they have left.

You need to move tactically through the levels because if you are surrounded by the monsters, it usually results in rapid death. As a hero, you have only three hearts and if you have none left, you’re done. Fortunately, there is one refilled every level, but it remains difficult.

As a true rogue-like game, you make your character stronger and stronger along the way. You do that with spells or by picking up weapons. Besides throwing knives, you can freeze enemies with the spells if you teleport yourself to another place in the level.
As you get to play Tiny Rogue more, you’ll get to know patterns of enemies better and better handle your weapons and spells. Thus, you will probably be better and move forward faster. Another point is that the game is easy to pick up.

Very occasionally the game feels a bit unfair when you are suddenly surrounded, but because you can always start quickly, it doesn’t feel annoying. Tiny Rogue costs $2.99 and can be downloaded via the link below. 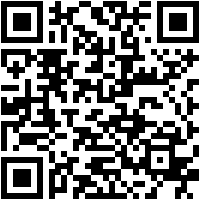